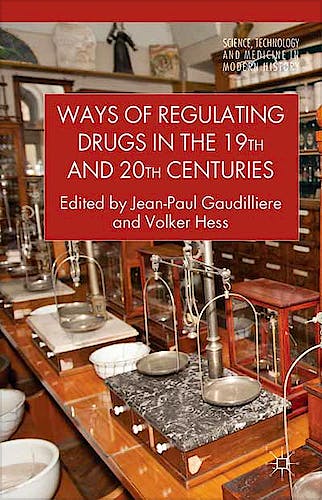 Ways of Regulating Drugs in the 19th and 20th Centuries

Among industrial goods, pharmaceuticals are those for which the concept of regulation has been most often applied. One reason for the pervasiveness of the idea of regulation is that therapeutic agents are not like other goods. Their sale and purchase constitute a very distinct market, the control and oversight of which is viewed as a means to protect public health and considered as a duty of the state since the early nineteenth century. Drug regulation thus usually focuses on actions taken by political bodies to control the technical activities of drug makers. As it developed into a large industry, drug making has become the focus of highly visible conflicts between capitalistic firms, physicians, patients, and public authorities. Other forms and targets of drug government have emerged, which not only target sales and marketing, but deal with the entire trajectory of drugs, i.e. research and development, mass production and preparation, circulation and prescription and routine clinical work.
The essays assembled in this volume share the perspective that the historiography of science, technology, and medicine, therefore, needs a broader approach toward regulation; an approach taking into account the distinct social worlds involved in regulation, the forms of evidence and expertise mobilized, and the means of intervention chosen in order to tame drugs in factories, offices, consulting rooms and courts. Focusing on case studies, the volume explores the 'ways of regulating drugs', which surfaced in the 19th and 20th century, and play a central role in the present world of science, market and medicine.