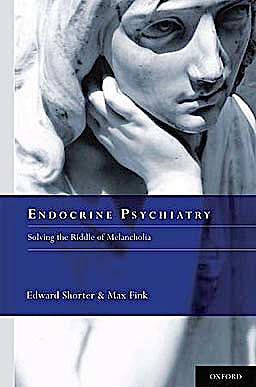 The riddle of melancholia has stumped generations of doctors. It is a serious depressive illness that often leads to suicide and premature death. The disease's link to biology has been intensively studied. Unlike almost any other psychiatric disorder, melancholia sufferers have abnormal endocrine functions. Tests capable of separating melancholia from other mood disorders were useful discoveries, but these tests fell into disuse as psychiatrists lost interest in biology and medicine. In the nineteenth century, theories about the role of endocrine organs encouraged endocrine treatments that loomed prominently in practice. This interest faded in the 1930s but was revived by the discovery of the adrenal hormone cortisol and descriptions of its abnormal functioning in melancholic and psychotic depressed patients. New endocrine tests were devised to plumb the secrets of mood disorders. Two colorful individuals, Bernard Carroll and Edward Sachar, led this revival and for a time in the 1960s and 1970s intensive research interest established connections between hormone dysfunctions and behavior. In the 1980s, psychiatrists lost interest in hormonal approaches largely because they did not correlate with the arbitrary classification of mood disorders. Today the relation between endocrines and behavior have been disregarded.

This history traces the enthusiasm of biological efforts to solve the mystery of melancholia and their fall. Using vibrant language accessible to family care practitioners, psychiatrists and interested lay readers, the authors propose that a useful, a potentially live-saving connection between medicine and psychiatry, has been lost.

Readership: Psychotherapists, psychologists and social workers applying psychological treatments may be alerted to tests and hormone relationships that would identify those patients needing more effective antidepressant drugs or ECT.