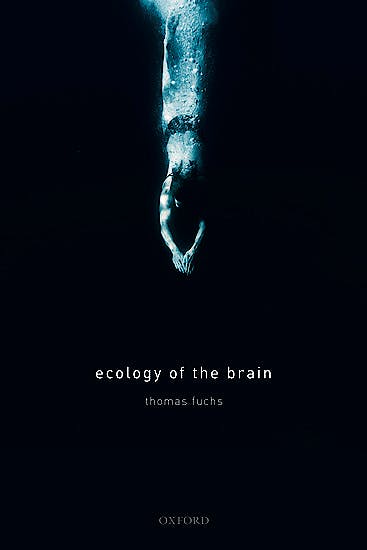 Part 2: Body, person, and the brain

3 Foundations: subjectivity and life
3.1 Embodied subjectivity
3.1.1 The body as subject
3.1.2 The dual aspect of subjective and physical body
3.1.3 The dual aspect of life
3.2 Ecological and enactive biology
3.2.1 Self-organisation and autonomy
3.2.2 Dependency and exchange between organism and environment
3.2.3 Subjectivity
3.2.4 Summary
3.3 The circular and integral causality of living beings
3.3.1 Vertical circular causality
3.3.2 Horizontal circular causality
3.3.3 Integral causality and its basis in capacities
3.3.4 The formation of capacities through body memory
3.3.5 Summary

4 The brain as organ of the living being
4.1 The brain in the context of the organism
4.1.1 The inner milieu
4.1.2 The feeling of being alive
4.1.3 Higher levels of consciousness
4.1.4 Embodied affectivity
4.1.4 Summary
4.2 The unity of brain, organism and environment
4.2.1 Linear versus circular organism-environment-relations
4.2.2 Consciousness as integral
4.2.3 Neuroplasticity and the incorporation of experience
4.2.4 Transformation and transparency: the brain as resonance organ
4.2.5 Information, representation and resonance
4.2.5.1 Information
4.2.5.2 Representation
4.2.5.3 Patterns and resonance
4.2.6 Conclusion: mediated immediacy

8 Conclusion
8.1 Brain and person
8.2 The scope of neurobiological research
8.3 Naturalistic versus personalistic concept of the human being

Present day neuroscience places the brain at the centre of study. But what if researchers viewed the brain not as the foundation of life, rather as a mediating organ?

Within this framework, the mind is seen not as a product of the brain but as an activity of the living being; an activity which integrates the brain within the everyday functions of the human body. Going further, Fuchs reformulates the traditional mind-brain problem, presenting it as a dual aspect of the living being: the lived body and the subjective body - the living body and the objective body. The processes of living and experiencing life, Fuchs argues, are in fact inextricably linked; it is not the brain, but the human being who feels, thinks and acts.

For students and academics, Ecology of the Brain will be of interest to those studying or researching theory of mind, social and cultural interaction, psychiatry, and psychotherapy.

Thomas Fuchs, MD, PhD, is Karl Jaspers Professor of Philosophy and Psychiatry at Heidelberg University, Germany. His main areas of expertise include phenomenological philosophy and psychopathology as well as embodied and enactive cognitive science, with a particular emphasis on non-representational, interactive concepts of social cognition. He was Coordinator and Principal Investigator of several large national and international grants, among them the European Research Training Network Towards an Embodied Science of Intersubjectivity (TESIS, 2011-2016). He has authored over 300 journal articles, book chapters and several books. He is also co-editor of Psychopathology and editorial board member of 4 scientific journals.