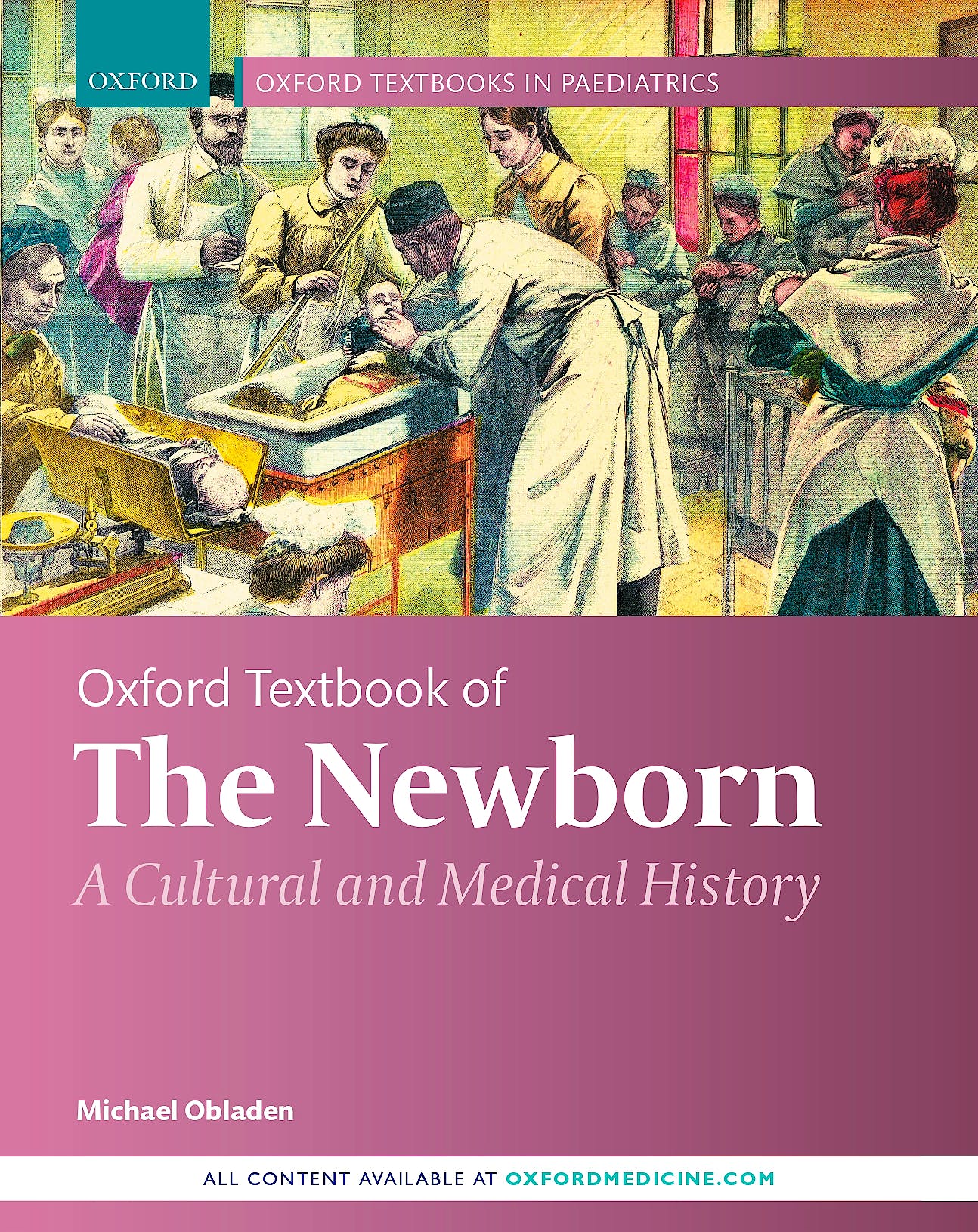 Oxford Textbook of the Newborn. A Cultural and Medical History

Well into the 20th century, one in four newborns failed to survive their first year of life. It was after World War II that medicine "discovered" the newborn as a human being entitled to medical treatment and prioritised care. Since its definition by Alexander Schaffer in 1960, neonatology has evolved into a mature, innovative, and ethical field. A large number of medical professionals' care for neonates, yet no definitive medical history of the newborn has been available until now.

The Oxford Textbook of the Newborn: A Cultural and Medical History offers readers a unique and authoritative resource on the 3000-year history of the newborn within Western societies. Written by Professor Michael Obladen, a leading voice in neonatology, this book reflects on our perception of newborns, from the earliest days of human thought, through to the traces that remained in medieval life and persist today. It unearths ideas and evidence of societies' perceptions of newborns through a beautifully illustrated, impressive and often never-seen-before set of historical sources from libraries, archives, churches, excavation fields, and hospital charts around the world.

Split into 8 sections which each cover aspects of the natural lifecycle of a neonate, this book demonstrates the impact of religion, law, ethics, philosophy and culture on newborns' quality of life, and covers fascinating topics such as the rites of passage for the newborn, infanticide, opium use, breastfeeding, and artificial feeding. Each chapter is written in an accessible style and includes high-quality historical illustrations which really bring the subject to life.