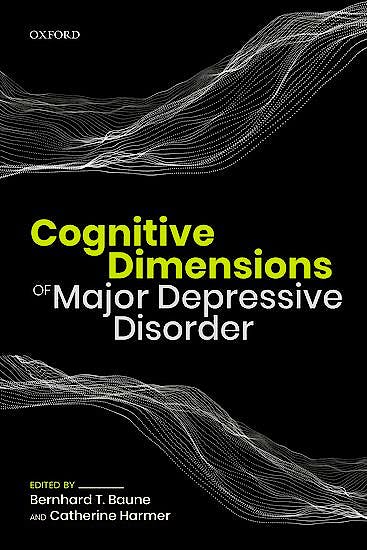 Major depressive disorder (MDD) is one of the most prevalent mental disorders worldwide, and is estimated to affect 300 million people. Most research defines MDD as a categorical disorder and investigations on clinical, functional, and biological correlates are assessed by established diagnostic instruments. However, given the phenotypic and biological heterogeneity of depression, a re-focus on the clinical phenotype of MDD is required.

Bridging psychiatric and psychological traditions Cognitive Dimensions of Major Depressive Disorder, discusses the characteristics of the dimensional approach of MDD. Focusing on the cognitive and emotional processes of depression, this guide offers extended and novel diagnostic and treatment approaches ranging from pharmacological to psychological interventions targeting dimensions of depression.

Edited by pioneers in this field, this resource discusses hot topics such as how to define the dimensional approach to depression, the neurobiological underpinnings of cognitive dysfunction in depression, and the impairment of emotional processing deficits in depression.

Prof. Bernhard T. Baune is Cato Chair and Head of the Department of Psychiatry at The University of Melbourne, Australia. Prof. Baune is a Fellow of the Royal Australian and New Zealand College of Psychiatrists (FRANZCP), Australia. He leads an extensive research program into personalised psychiatry, prediction and biomarker research in psychiatry and treatment response prediction and in neuroimmunology. Key research achievements include an in-depth understanding of the interaction between the immune and nervous system, the development of a systems biology approach for response prediction and the establishment of innovative personalised clinical trials in major psychiatric disorders. He has a particular interest in cognitive function and psychosocial function in psychiatric disorders and in the severe course of mental illness, treatment response and recovery.

Prof. Catherine Harmer is the director of the Psychopharmacology and Emotional Research Lab (PERL) based at the University Department of Psychiatry in Oxford, which comprises a multi-disciplinary team including graduate research assistants, DPhil students, post-doctoral researchers, Psychiatrists and Pharmacologists. The research of the group focuses on the psychological mechanisms of antidepressant drug action by exploring drug effects on human models of emotional processing. A range of methodologies are used, including neuropsychological testing, transcranial magnetic stimulation and functional neuroimaging with fMRI and PET in healthy volunteers and patient samples. This research has the potential to integrate psychological and pharmacological views of depression and treatment and has challenged the way in which we typically consider drug treatment for depression to work.