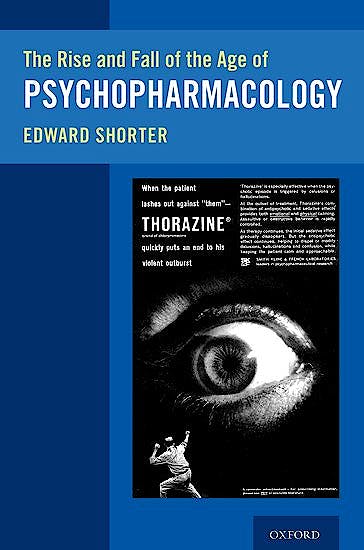 The Rise and Fall of the Age of Psychopharmacology

The Age of Psychopharmacology began with a brilliant rise in the 1950s, when for the first time science entered the study of drugs that affect the brain and mind. But, esteemed historian Edward Shorter argues that there has been a recent fall, as the field has seen its drug offerings impoverished and its diagnoses distorted by the "Diagnostic and Statistical Manual of Mental Disorders." The new drugs, such as Prozac, have been less effective than the old. The new diagnoses, such as "major depression," have strayed increasingly from the real disorders of most patients. Behind this disaster has been the invasion of the field by the pharmaceutical industry. This invasion has paid off commercially but not scientifically: There have been no new classes of psychiatry drugs in the last thirty years. Given that psychiatry's diagnoses and therapeutics have largely failed, the field has greatly declined from earlier days. Based on extensive research discovered in litigation, Shorter provides a historical perspective of change and decline over time, concluding that the story of the psychopharmacology is a story of a public health disaster.

"This is a very important book. This must be taken as a wakeup call by the whole profession and its associated parts before we recede to the generation and endorsement of false claims and leave sick patients without effective treatment." - Samuel Gershon, Emeritus Professor of Psychiatry, University of Pittsburgh