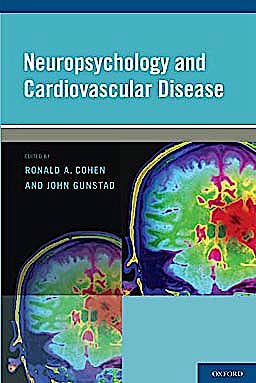 Roughly one of every three Americans has some form of cardiovascular disease (CVD), including more than 70% of persons older than 75 years of age. Long associated with increased risk for mortality and disability, CVD is also a major risk factor for stroke and cerebrovascular disease. There has been growing consensus that CVD is also an important contributor to poor neurocognitive outcome in own right. Numerous studies now link CVD to accelerated cognitive decline, structural and functional brain abnormalities, including neurodegnerative conditions in the elderly. While vascular dementia is the most obvious example of severe brain dysfunction directly tied to chronic vascular disease, evidence is also mounting that Alzheimer's disease may be linked to some of the same pathophysiological mechanisms that underlie cardiovascular disease.

This book was written to provide up-to-date insight into these heart-brain connections and the neuropsychology of CVD. Highlights include:

Both clinicians and researchers in neuropsychology, health psychology, cardiology, neurology, psychiatry, geriatrics and many others will find this book an important resource.

"Readers would be hard pressed to find a more comprehensive review of cardiovascular disease and the neuropsychological sequelae. This book exceeds the goal of providing a useful reference for neuropsychologists or behavioural neurologists working with patients with vascular disorders. It should accompany any general neuropsychology book for its expert coverage of this critical area." - Christopher J. Graver, PhD, Madigan Army Medical Center