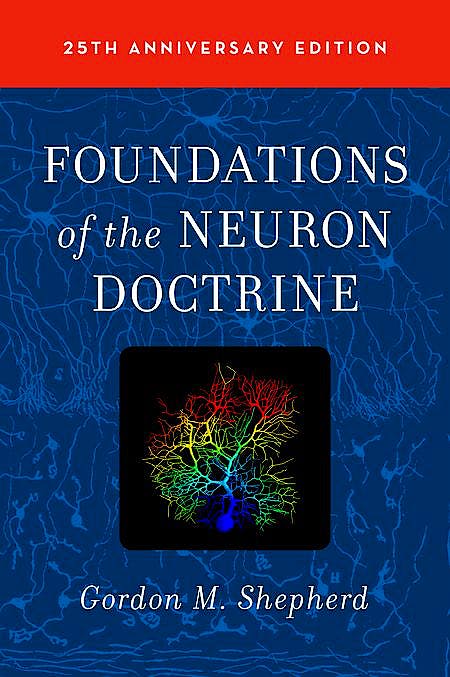 The neuron doctrine, first formulated in 1891, states that the brain is constructed of individual neurons, organized into functioning circuits that mediate behavior. Above all else, this is the main concept that underlies all of modern neuroscience. This 25th Aniversary Edition of The Foundations of the Neuron Doctrine explains how this theory was the product of an explosion of histological studies and vigorous debates near the end of the nineteenth century by an extraordinary group of scientists, most importantly the leading figure of the time, Santiago Ramon y Cajal of Spain, and includes the foremost nervous system investigators of many countries, such as Albrecht Kolliker, Sigmund Freud, Wilhelm His, August Forel, Fritdjof Nansen and Gustav Retzius. The neuron doctrine explains how these eminent scientists used a selective nerve cell stain invented by Camillo Golgi of Italy and followed him in describing the fabulous branching patterns of nerve cells, providing strong evidence that the cells interact as individual units to form circuits. This work also describes how this view was opposed by Golgi, who maintained that the nerve cells form syncytial networks. Studies in the 1950s appeared resoundingly to confirm the nerve cell as an individual unit, as embodied in the neuron doctrine, which became the basis for the rise of concepts of normal and disordered neural function in the remaining 20th century. This 25th Anniversary Edition concludes by discussing how recent studies are showing a much greater degree of complexity in neuronal organization, so that the debate of neuron versus network is again coming to the fore of neuroscience research. Unique to this anniversary edition is the inclusion of commentaries by distinguished leaders in the neurosciences on the continuing relevance of the neuron doctrine for modern studies of the brain at all levels, from genes and molecules to microcircuits, neural networks, and behavior.

Gordon M. Shepherd is Professor of Neurobiology at Yale University School of Medicine. He carries out research on the olfactory pathway as a simple system for the microcircuit organization of the brain. He is a former Editor-in-Chief of the Journal of Neurophysiology and Journal of Neuroscience. His books include Handbook of Brain Microcircuits (edited with Sten Grillner) and Creating Modern Neuroscience.