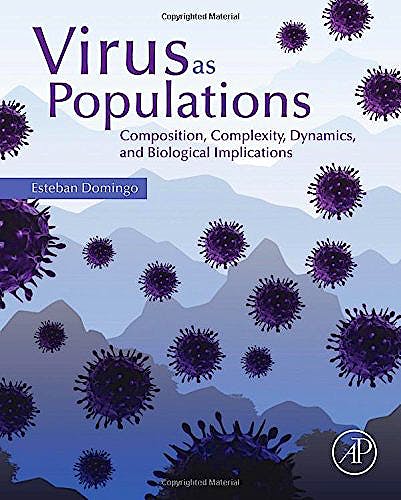 Virus as Populations: Composition, Complexity, Dynamics, and Biological Implications explains fundamental concepts that arise from regarding viruses as complex populations when replicating in infected hosts. Fundamental phenomena in virus behavior, such as adaptation to changing environments, capacity to produce disease, probability to be transmitted or response to treatment, depend on virus population numbers and in the variations of such population numbers. Concepts such as quasispecies dynamics, mutations rates, viral fitness, the effect of bottleneck events, population numbers in virus transmission and disease emergence, new antiviral strategies such as lethal mutagenesis, and extensions of population heterogeneity to nonviral systems are included. These main concepts of the book are framed in recent observations on general virus diversity derived from metagenomic studies, and current views on the origin of viruses and the role of viruses in the evolution of the biosphere.