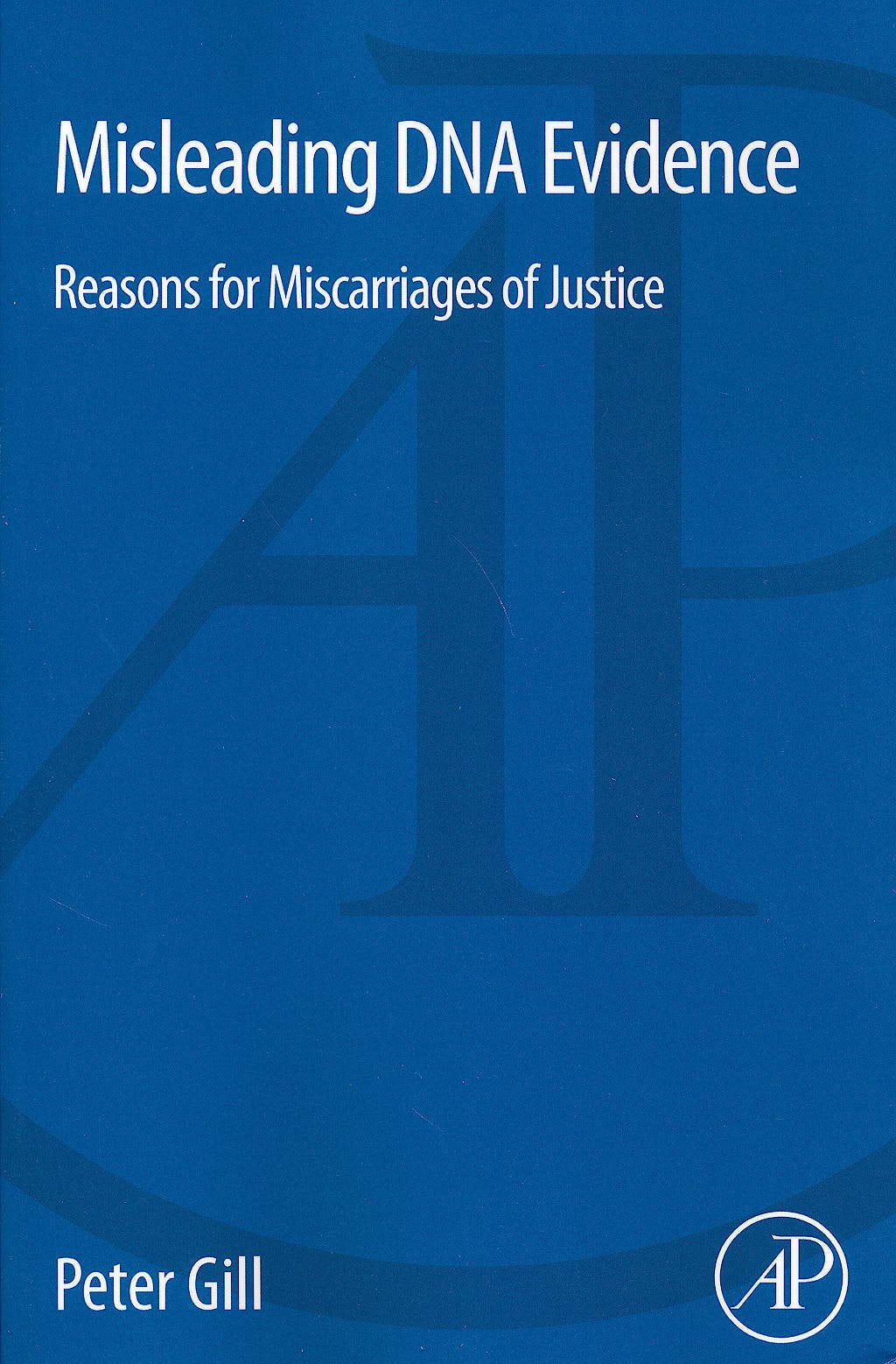 Historical
Definition of `trace-DNA’
A discussion on Contamination
Why do miscarriages of justice occur?
Some fallacies and errors of thinking
The Likelihood Ratio
The role of the forensic scientist
An exemplar case - Adam Scott
The miscarriage of Justice in R v Jama
Characterisation of error
Determination of error rates
Reporting DNA profiles at sub-source level
Reporting DNA profiles at source level
Activity level reporting
The role of the prosecution authorities
The role of the accreditation/regulatory authorities
The database trawl problem
The lessons of history
The essentials of statement writing
Summary
The Statement structure:
When and how did the 'foreign' DNA transfer to underneath the victim's fingernails?
Base levels of foreign DNA transfer from experimental studies
Will a DNA profile that is transferred by either 'passive' or physical means (scratching) persist for seven days?
Persistence of a DNA profile transferred to fingernails 7 days prior to its recovery
Converting possibilities into broad probabilistic ranges. A model for reporting for reporting officers
Summary
The testing strategy used by national DNA databases
There are two kinds of DNA databases
How the Pitchfork case led to the first national DNA database
Defining the 'target population'
Databases are not always needed to solve crimes
Misconceptions:
The strength of evidence expressed as a match probability
Conclusion
Searching entire databases (effectiveness linked to the adventitious match)
How does a search of a National DNA database affect the strength of evidence?
Focusing the investigation (eliminating more suspects from the target population) – introducing the concept of `weights'
The case of R v. Adams
Calculation using the weight of evidence formulation
How does the weighting alter P(GjEo) if the suspect is taken from outside the target population?
Relevance to miscarriages of justice relating to the naïve investigator effect
The effect of updating the evidence using DNA profiling (suspect chosen from within the target population)
The swamping effects
Is there a scientific basis to dene `weights' using `geographic profiling'?
The effect of a database search on the strength of the evidence
Appeal-court rulings on the use of Bayes theorem
How far have the courts adopted this thinking?
The defendant's fallacy is not necessarily a fallacy
Reconciling the non-DNA evidence with the DNA evidence
The false positive error (the elephant in the room)
Putting it all together - a simple method for the investigator to follow
Conclusion
The way forward?
Complex DNA profiles: the worrying case of R. v. Dlugosz – an example of a dubious appeal court decision
R v. Dlugosz
Can expert opinion replace peer review?
A reminder of the `scientific method'
False positive results
Conclusion
The dynamic background DNA environment
Laboratory environmental monitoring
On the limitations of the information that can be used to assess the relevance of DNA profiling evidence
Background to the case `death of Meredith Kercher':
An outline of the case-circumstances
The knife (item 36)
The 'trace-DNA' evidence
Brief summary of the other 'trace-DNA' profiles on the knife
The bra-clasp (item 165)
How robust is the answer?
Further evaluation of DNA profiling evidence – the limitations
Modes of Transfer - Limitations of the information that can be used to assess the relevance of DNA profiling evidence
How was the evidence interpreted by the judges?
A targeted protocol to assess the prosecution propositions:
Final Remarks
Glossary