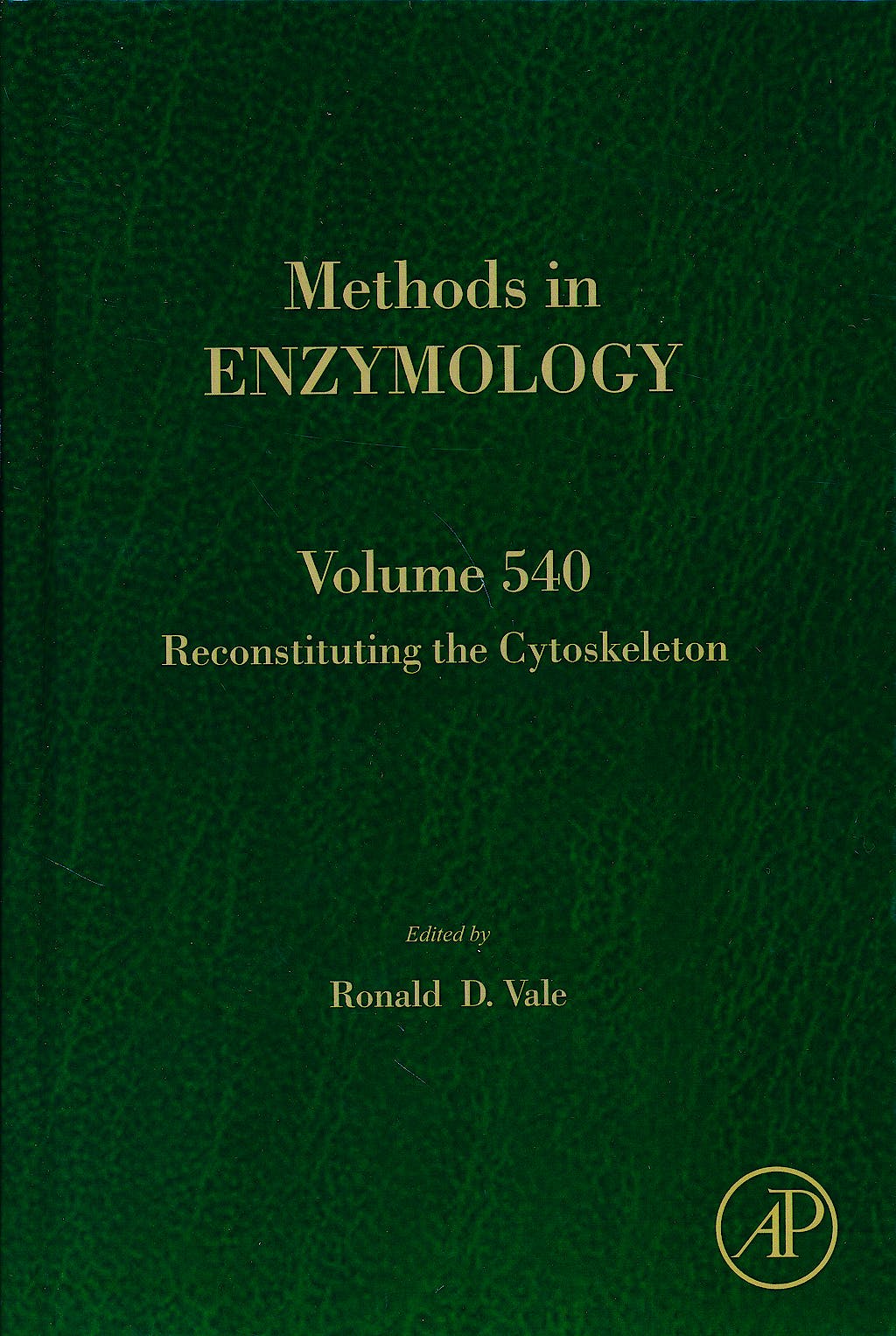 This new volume of Methods in Enzymology continues the legacy of this premier serial with quality chapters authored by leaders in the field. This volume covers cytoskeletal structure, including such topics as rotational movement of formins studied by fluorescence polarization microscopy, in vitro assembly assays for bacterial actin filaments, and modulators of microtubule plus end growth.

Ronald D. Vale is Professor of the Dept. of Cellular and Molecular Pharmacology at the University of California, San Francisco and is an Investigator in the Howard Hughes Medical Institute.

Vale received B.A. degrees in Biology and Chemistry from the University of California, Santa Barbara in 1980. Dr. Vale received his Ph.D. in Neuroscience from Stanford University in 1985 where he trained with Dr. Eric Shooter. He was a Staff Fellow with the N.I.H. stationed at the Marine Biological Laboratory in 1985-6 (with Tom Reese) and began his faculty appointment at UCSF in 1987. During his time at UCSF, he has served as the Director of the Cell Biology Program (4 years) and Vice-Chair (10 years) and Chair of the Dept. of Cellular and Molecular Pharmacology (5 years). He also holds an Adjunct Senior Scientist appointment with the Marine Biological Laboratory at Woods Hole.

Vale has served the scientific community by his participation on an NIH study section (1996-2002; chairing from 2000-2002). He served as President of the American Society of Cell Biology and on their International Affairs Committee. Vale is active in many educational activities. He founded and produces iBioSeminars, lectures by leading biologists which are made freely available on the web. Vale co-directed the 7 week Physiology Course at the Marine Biological Laboratory, transforming it to a venue of interdisciplinary research in physics and biology (2004-2008). His laboratory developed MicroManager, a widely used open source and freely available software package for microscopy. He also developed an educational web site on microscopy for elementary school children. Vale is active in helping young scientists in India by starting the very popular Young Investigator Meetings as well as an interactive web site (IndiaBioscience.org) for India biologists to obtain information on jobs/grants/collaborations.