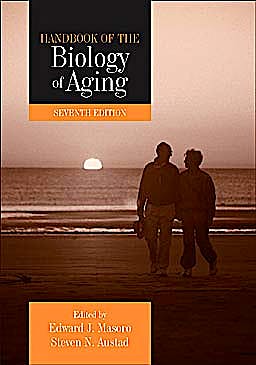 Handbook of the Biology of Aging

The Handbook of the Biology of Aging, 7e, is 100% revised from the 6th edition. Providing a comprehensive synthesis and review of the latest research findings in the biology of aging, it is intended as a summary for researchers, and is also suitable as a high level textbook for graduate and upper level undergraduate courses. The 7th edition is organized into two main sections, first covering the basic aging processes and then the medical physiology of aging. This puts less emphasis on research germane only to specific species and more emphasis on the mechanisms that affect aging across species, and what this means medically for the aging of humans. This volume allows basic researchers to keep abreast of basic research outside their subdiscipline as well as recent clinical findings, while allowing medical, behavioral, and social gerontologists to understand what basic scientists and clinicians are discovering.