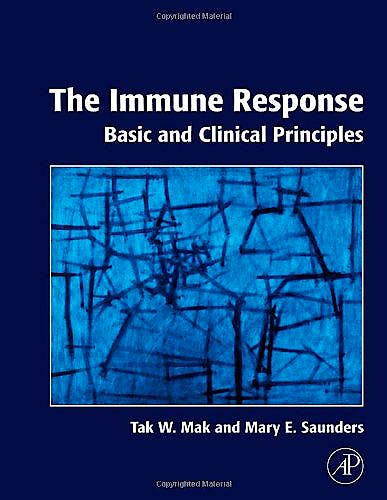 The Immune Response is a unique reference work covering the basic and clinical principles of immunology in a modern and comprehensive fashion. Written in an engaging conversational style, the book conveys the broad scope and fascinating appeal of immunology. The book is beautifully illustrated with superb figures as well as many full color plates. This extraordinary work will be an invaluable resource for lecturers and graduate students in immunology, as well as a vital reference for research scientists and clinicians studying related areas in the life and medical sciences.

Readership: Intended as a reference for senior undergraduate and early graduate students with basic or clinical goals in immunology; teachers and lecturers in immunology; postdoc and research level scientists in immunology and other Life Science areas looking for a refresher/ reference

Tak W. Mak is the Director of the Campbell Family Institute for Breast Cancer Research in the Princess Margaret Hospital, Toronto, Canada, and a University Professor in the Departments of Medical Biophysics and Immunology, University of Toronto. He was trained at the University of Wisconsin in Madison, the University of Alberta, and the Ontario Cancer Institute. He gained worldwide prominence in 1984 as the leader of the team that first cloned the genes of the human T cell antigen receptor. His group went on to create a series of genetically altered mice that have proved critical to understanding intracellular programs governing the development and function of the immune system, and to dissecting signal transduction cascades in various cell survival and apoptotic pathways. His current research remains centered on mechanisms of immune recognition/regulation, malignant cell survival/death, inflammation in autoimmunity and cancer, and metabolic adaptation in tumor cells. Dr. Mak has published over 700 papers and holds many patents. He has been granted honorary doctoral degrees from universities in North America and Europe, is an Officer of the Orders of Canada and Ontario, and has been elected a Foreign Associate of the National Academy of Sciences (U.S.), a Fellow of the Royal Society of London (U.K.), and a Fellow of the AACR Academy. Dr. Mak has won international recognition as the recipient of the Emil von Behring Prize, the King Faisal International Prize for Medicine, the Gairdner Foundation International Award, the Sloan Prize of the General Motors Cancer Foundation, the Novartis Prize in Immunology, the Robert Noble Prize, the Killam Prize, the Stacie Prize, the McLaughlin Medal, and the Paul Ehrlich and Ludwig Darmstaedter Prize.